This AWS CloudFormation solution deploys an AWS VPC environment that has 2 public zones and 2 private zones with an EC2 Target Group that has one EC2 linux instance in it and a AWS ELB (ALB) load balancer routing traffic to it.

The AWS CloudFormation template creates a AWS VPC with 2 public subnets and 2 private subnets with an EC2 Target Group that has one EC2 linux instance running Apache on port 80 in it and a public facing ELB (ALB) routing traffic on port 80 to the EC2 target group. 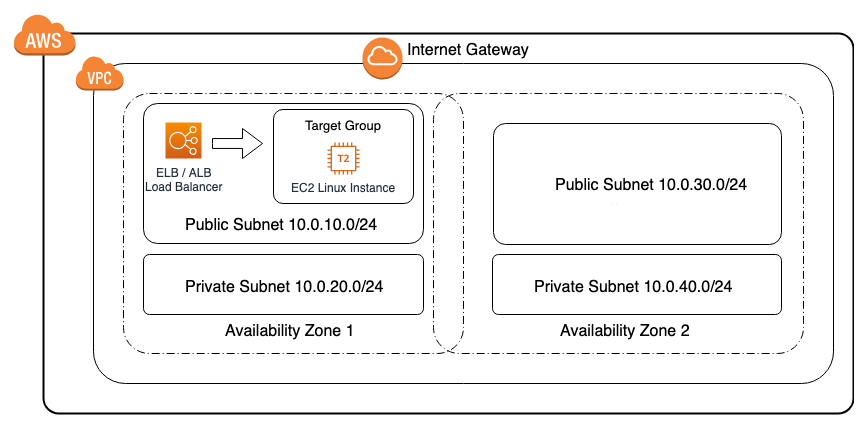 AWS Virtual Private Cloud (Amazon VPC) lets you provision a logically isolated section of the AWS Cloud where you can launch AWS resources in a virtual network that you define.

Each AWS Target Group is used to route requests to one or more registered targets. When you create each listener rule, you specify a target group and conditions. When a rule condition is met, traffic is forwarded to the corresponding target group. You can create different target groups for different types of requests.

AWS CloudFormation provides a common language for you to describe and provision all the infrastructure resources in your cloud environment.

As with most AWS services you will incur costs for usage. For this CloudFormation template the resources that incur costs are as follows.

Results of the CloudFormation Template

In the AWS Management Console you should be able to verify the following have been created.

You can find in the CloudFormation Outputs section the “ALBHostName” copy the hostname from the “Value” column and paste it into a browser you should see the word “Healthy” return. 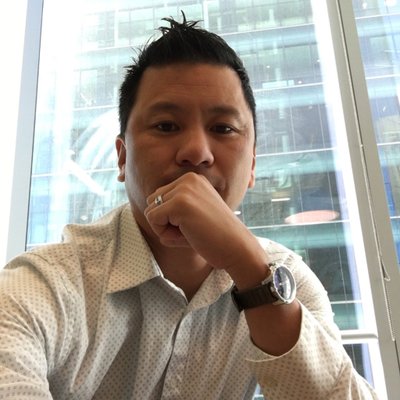 About the Author
Phil Chen was formerly a Sr. Cloud Architect at Amazon Web Services. He has been designing and deploying AWS backed architectures for various technology companies since AWS first launched in 2006.
For custom solutions contact us or follow us on Twitter.